We left Fort Davis a few days ago and made our way across the border into New Mexico. It wasn’t long before we had left the mountains and found ourselves passing through miles and miles (and miles and miles) of oil leases with names like Wildcat, Big Foot and Happy Cow. Thousands of pumpjacks and derricks bringing up oil and natural gas from the Permian Basin, one of the largest oil fields in the world. We were trying to make it to our next campground in one shot, but as sunset was nearing and we still had almost an hour to go, we decided to pull over and call it a night. But where? The town of Hobbs, NM, was behind us and we had been driving for several miles past nothing. No stores, no gas stations, no rest areas. We finally found a large dirt patch that sort of resembled a parking lot at the entrance of an oil lease and decided to boondock. Transport trucks and pickups would occasionally turn and drive up the dirt road beside us, one drove very slowly as if checking us out. U.S. Highway 180 runs two lanes in either direction divided by a grassy median with a speed limit of 70. And all night long, transport rigs zoomed past us. There are no street lights in this part of the country and, around two o’clock in the morning it suddenly dawned on Louise that we have no idea where we are. If there is an emergency and we have to call 9-1-1, where do we tell them to find us? Plus, we had unhooked the car to turn the motorhome around before dark, but had decided to not hook up the braking system until the morning which meant the car is in park, an anchor on the back of our motorhome. What if some nefarious person were to start banging on our door in the middle of the night, harassing us, and we felt like we had to get away? We can’t drag a car if the wheels won’t move! It wasn’t long before Bob was paranoid, too, and he went outside in the middle of the night to set the braking system so that we could pull the car if we had to make a sudden getaway! Needless to say, it was not a good night’s sleep. And, no … nobody stopped and harassed us! As a matter of fact, when we got up the next morning there was a car parked on the side of the dirt road a couple hundred feet away from us. Maybe another traveler just trying to get some sleep.

Now that we know what it’s like traveling through an oil field, we would definitely plan differently next time. The worst thing about an oil field is the constant smell of petroleum. It gets into your sinuses and can give you a headache. How oil field workers do it is beyond me.

Here is an interesting article about the “man camps,” as they are called, in the Permian Basin and the workers who live and work there:  https://www.bloomberg.com/news/articles/2018-08-07/welcome-to-the-man-camps-of-west-texas

Carlsbad, New Mexico, is another interesting town on our journey. There’s a cute downtown area that stretches for a good mile with a mixture of businesses and empty buildings, another depressed town. They have a lovely little park by the Pecos River, but the dog run is littered with poop and many holes in the ground from digging dogs, I guess. It’s has potential but isn’t maintained. We found a laundromat as soon as we arrived, and the place was teaming with people doing laundry on a weekday late morning. There is one grocery store for this town of 28,000 residents plus thousands of oil field workers, Albertson’s, and the two times we’ve been there we had a heck of a time finding a parking space. There is a Walmart at the other end of town that is equally busy.

We visited Carlsbad Caverns National Park, of course. All we can say is that if you ever have the opportunity, we encourage you to visit this natural wonder. There is an elevator that can take you down into the cavern, but we opted to walk the natural entrance path, which is a 1-1/4 mile series of switchbacks that takes you down 750 feet (the equivalent of a 75-story building, they say) into the cavern system. Although there are more than 100 caverns in the system, the ones that are open to the public encompass a 1.3 mile walk. There are also an additional 5 or 6 caverns that are open to small-group guided visits. The rest are closed to the public, but are still being researched. It’s difficult to describe Carlsbad Caverns in words, as the one word that we must have used a hundred times was, “Wow.” Here are just a few pictures, because pictures just do not do it justice.

At the natural entrance to the cavern. Yes, we were wearing winter coats and layers … it was about 37 degrees out! 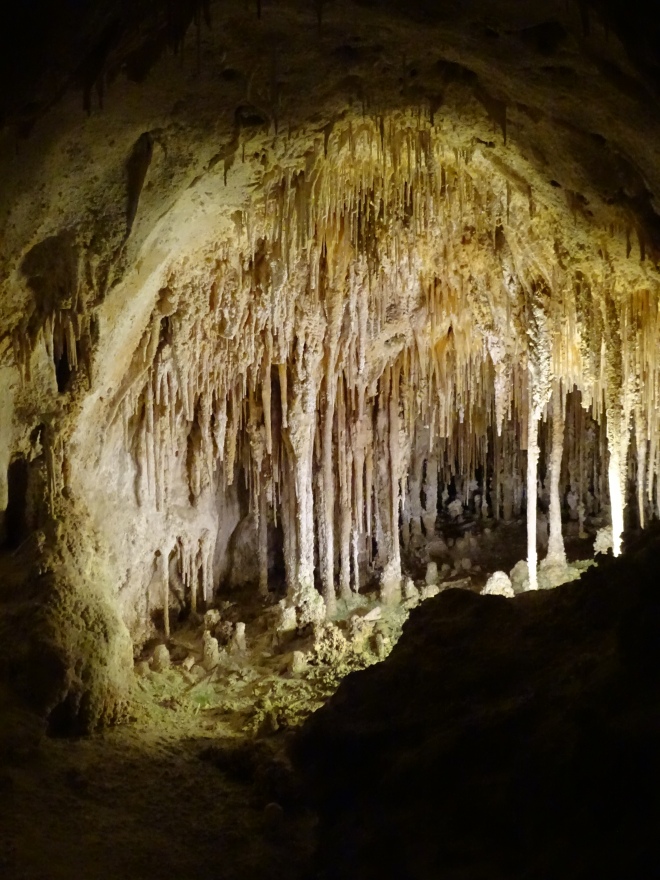 One of the things we enjoy most about this traveling experience is the people we meet along the way. This campground was a goldmine of interesting people, many of whom are living the full-time RV life. Of particular note, we met David and Elane, who are full-timing in their pretty motorhome painted with blue, pink and teal on the sides, a tie-die windshield curtain and the phrase “Wait for What?” on the back. They are a musical duo, and “Wait for What?” is their name. Very pleasant and interesting folks. David’s mother was a folk singer in the 60’s and was friends with Guy Clark, who was a frequent visitor. His dad was a trumpeter who played with Cab Calloway, among others. They are playing various venues in southern New Mexico for the next few weeks, and we went to listen to their show last night. They are very good! We hope to get to another show while we’re here. 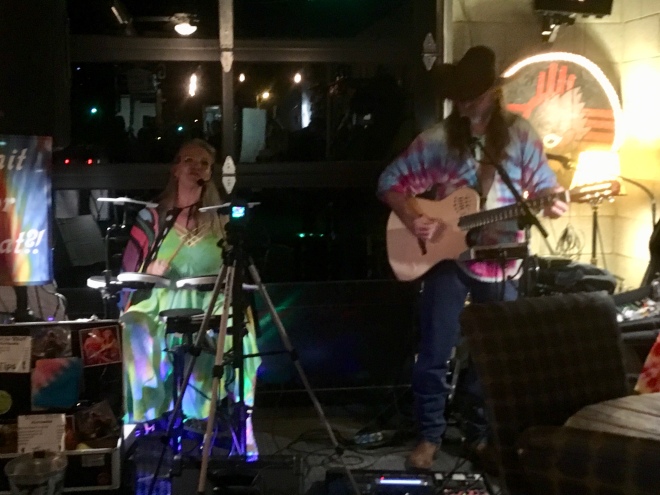 We were also parked a few sites away from Russ & Kerry, who are full-timers running a travel blog called The Roads We Roam. They were just picked up by the manufacturer of their Little Guy Max camper. Kerry hails from Killingly, Connecticut, originally! We look forward to following their blog.

Across the street from us was a young couple who are full-timing in their 5th wheel camper. Keith will be doing workcamper jobs (workcamping is generally when you work for a campground in exchange for free campsites) and his wife is a traveling nurse. It’s really amazing how many people live this nomadic lifestyle!

By the way, if you buy pecans, there’s a good chance they come from New Mexico. There are an awful lot of pecan farms around here!

Today we leave Carlsbad and head to Roswell, New Mexico, the site of the supposed 1947 UFO crash cover-up by the US government. We’ll let you know what we think after we’re done with our research! 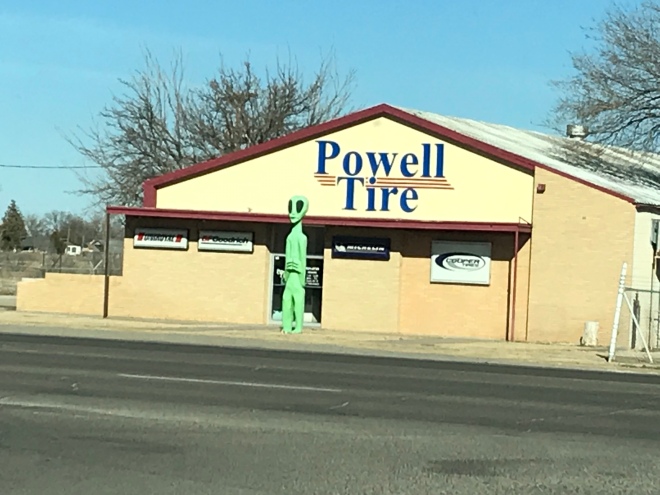